The innovative use of structural walls working as cantilevers removes columns from the building. This means each floor can be rotated without generating torsion loads that normally occur. 30m+ clear spans are available in every apartment with only a flat slab and edge beam due to wall supports alternating above the slab and below the slab. 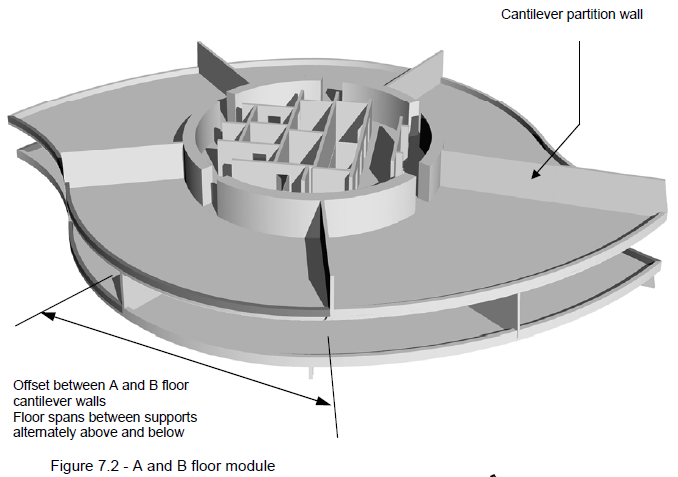 The system has 3 main principles:

Partition walls are built using structural reinforced concrete. They act as floor depth cantilevers which transfer the weight of the floor back to the core wall. The full depth wall engages the slab above and below as flanges of an I-section to maximize the efficiency of the cantilever in bending.

On plan, the five partition walls divide the floor into segments each with a perimeter length of approximately 26m to 30m. This is too long for a slab /beam span so the walls on alternate floors are offset to divide this span into two. Each cantilever supports two floors, one on top and one hung below. The edge beam is supported alternately from above and below as it traces around the perimeter of the floor. For repetition, each pair of floors are alike.

The alternating floors also allow the elimination of lintel beams in the main core wall. Since the apartment layouts on successive floors are offset, their main entrance doors, which pass through the main core wall, are not vertically aligned. Traditional lintel beams in tall buildings greatly reduce the stiffness and efficiency of the core wall and are slow and difficult to build. The staggered arrangement of openings means that all lintels are over one floor height deep. This makes the core much stiffer and the lintels are constructed in the same simple manor as walls are built.

Because gravity load is transferred back to the core at each level without the use of columns, each floor is free to be rotated above the previous floor without creating lateral or twisting forces. It is this freedom that allows the twisted architectural form of the building to be created.

A 2-dimensional shell element model was used to analyse the gravity system. The model consisted of only the unique top floors, unique bottom floors and eight typical floors of the structure. Spreadsheets were used for the full load run-downs to minimise the complexity of the GSA model, reducing it down to what was relevant and essential.

The design took into account all the in-plane and out-of-plane forces imposed on the GSA shell elements, as well as the differential axial shortening. 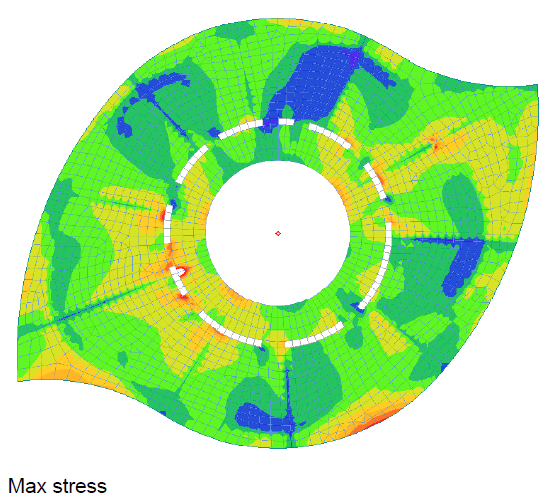 The towers were designed using GSA to satisfy the Korean Building Code using both the Response Spectrum Method and checked using an LS-DYNA non-linear time-history analysis.

The GSA analysis included a check on the vibrations that could possibly be caused by people walking around on the slab. It was found that the maximum response came between two and three, which was comfortably below the target R value of four, even ignoring the additional damping and restraining effects of the full height partitions. 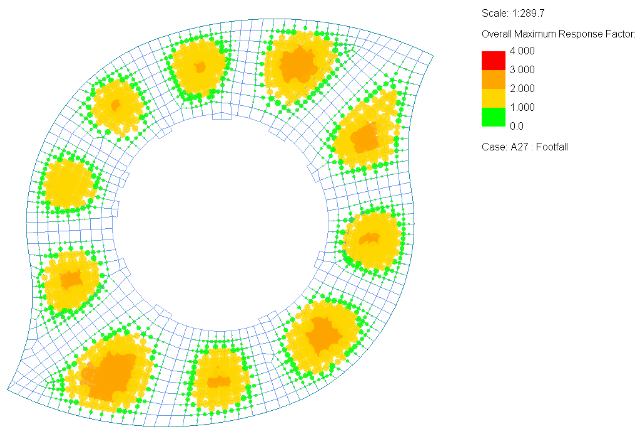 Following a separate analysis to determine the pile stiffnesses, the base piled raft was analysed as a sub-model. To save modelling the core, a ring of nodes on the core centreline were constrained back to a central node just above the mesh. All stability loads were then applied to this central node, which distributed them to the core wall locations on the slab. 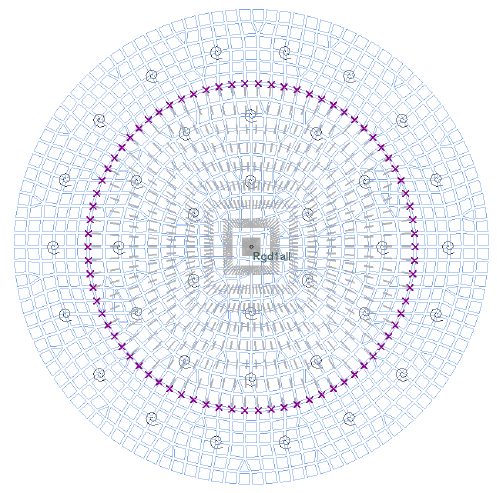 The towers use the same volume of concrete as normal rectangular towers and creates large column-free apartments with clear spans of up to 32m, and use less than half the volume of concrete of comparable buildings. The design supports the client’s desire for interesting architecture while minimising the embodied energy used in the materials to construct it.