The Serpentine Gallery Pavilion was designed by Frank Gehry and Arup. It was erected in Hyde Park and was open to the public for one summer.

The Serpentine Gallery annually commissions a foreign architect to design a temporary pavilion for the gallery’s lawn in Hyde Park. The architects who are invited to take part in the project have never completed a building in England before. The Pavilion therefore provides a unique opportunity to display contemporary architectural practice from around the world. 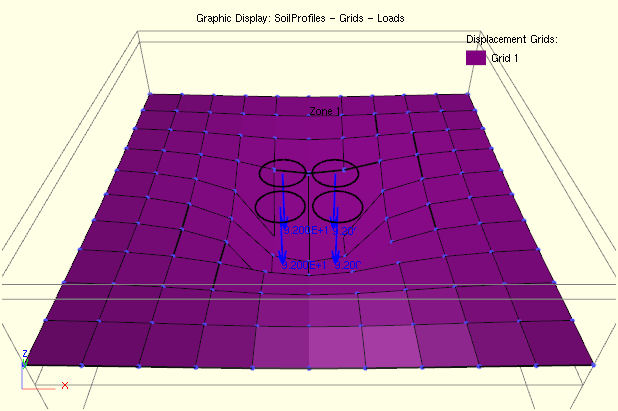 The table-like structure of the pavilion is comprised of four massive timber columns supporting four sloping timber beams. From this frame are hung nine glass canopies which are all orientated differently but arranged so rainwater is channelled into strategically placed soakaways around the perimeter.

The primary frame within the timber cladding comprises steel fabricated box sections of varying size. The columns and beams are connected together with moment joints to form portal frames on all four sides.

The steel frame was clad in Douglas Fir to resemble solid baulks of timber. The connections were designed so the structure could be easily taken down and re-assembled at a different site.

Each primary column was supported on four helical (screw) pile foundations designed and installed by GTL Partnership, with settlement predictions using Pdisp. These piles were extracted once the structure had been taken down, which removed the need for casting sacrificial concrete pads and thus the large excavations and disruption to the park environment.

The biggest structural challenge was engineering the hanging system for the canopies that formed the roof of the pavilion, to ensure each canopy was stabilised without compromising the original architectural concept. There were nine canopies set at different heights and angles. Each canopy consisted of laminated glass panels supported on timber joists.Each canopy sub-frame was suspended from the sloping primary beams via steel rolled section hangers.

The timber joists were supported from above by a steel sub-frame which was clad in Douglas Fir to match the primary frame and joists. This timber cladding was used to enhance the buckling capacity of the sub-frame members.

The primary frame, hangers and canopy sub-frames were analysed in a single model using Oasys GSA, with the initial geometry determined from the Frank Gehry Partnership’s 3D model. GSA was used to carry out linear, buckling and dynamic analysis of the structure.

The columns were modelled with pinned bases forming a pair of portal frames in the east-west and north-south directions. The principle model assumed full fixity at the connections between the columns and short-span primary beams and likewise between the long-span and short-span primary beams. Separate models of the connectors were made to check the inherent stresses.

The canopy frame steelwork was modelledto resist bi-axial bending and axial loads, typically with simple connections between adjoining members. The hanger members connecting the canopy frame steelwork to the primary frame and to each other were modelled as bar members only capable of taking axial loads. The flitch-beams forming the brace members act similarly. The eccentricities of the hanger connections to the primary beams were modelled and are an important part of the overall stability of the structure. These were modelled using rigid constraints between a node at the centreline of the primary beam and a node at the eccentric hanger connection.

Despite the ‘suspended’ nature of the roof canopies, under wind loading some of the hangers experience compressive forces and are therefore liable to buckle.

Modal buckling analysis calculates the effective reduction in lateral stiffness that is caused by the compression forces within the structure and uses an eigenvector analysis to predict the most critical possible buckling modes. The mode shape data was processed to give sets of design forces. This ensured a consistent reserve of strength against buckling, without providing extra strength where it is not needed.

A modal dynamic analysis was run to determine the dynamic characteristics of the structure.

The natural frequencies and associated mode shapes were evaluated. A target natural frequency of greater than 1.00 Hz for the structure in any given mode was deemed to be a suitable response. It was also felt reasonable to assume some degree of fixity at the column bases when considering the structures response to dynamic loading and this was modelled accordingly for this analysis.

With the architect based in Los Angeles, and having never visited the site, the entire design process for the project was carried out in 3D software, with geometrically accurate models being passed backwards and forwards between the Gehry and Arup teams as the design progressed.

When the design was finalised, Arup produced an exact model of the structure that was sent to the steel and timber fabricators. Throughout the project no drawings were produced.

Despite the technical complexity of the design, the pavilion opened on time and behaved structurally exactly as intended.

Indian Institute of Technology (IIT), Bombay, have used Oasys Slope to carry out a study on the influence of soil…

A video presentation showcasing some projects that have utilised Safe.