The town of Klingenthal in Saxony’s Vogtland region, near the border with the Czech Republic, is a well-known winter resort destination.

To increase it’s existing facilities Vogtland District Council decided to build a modern ski jump facility in Klingenthal to meet the requirements of the International Ski Association (FIS). Designed by architects m2r with Arup as structural engineer, the client’s desire for a modern, safe, architecturally ambitious, but low-cost facility was met by the construction of this very light, almost filigree steel structure. 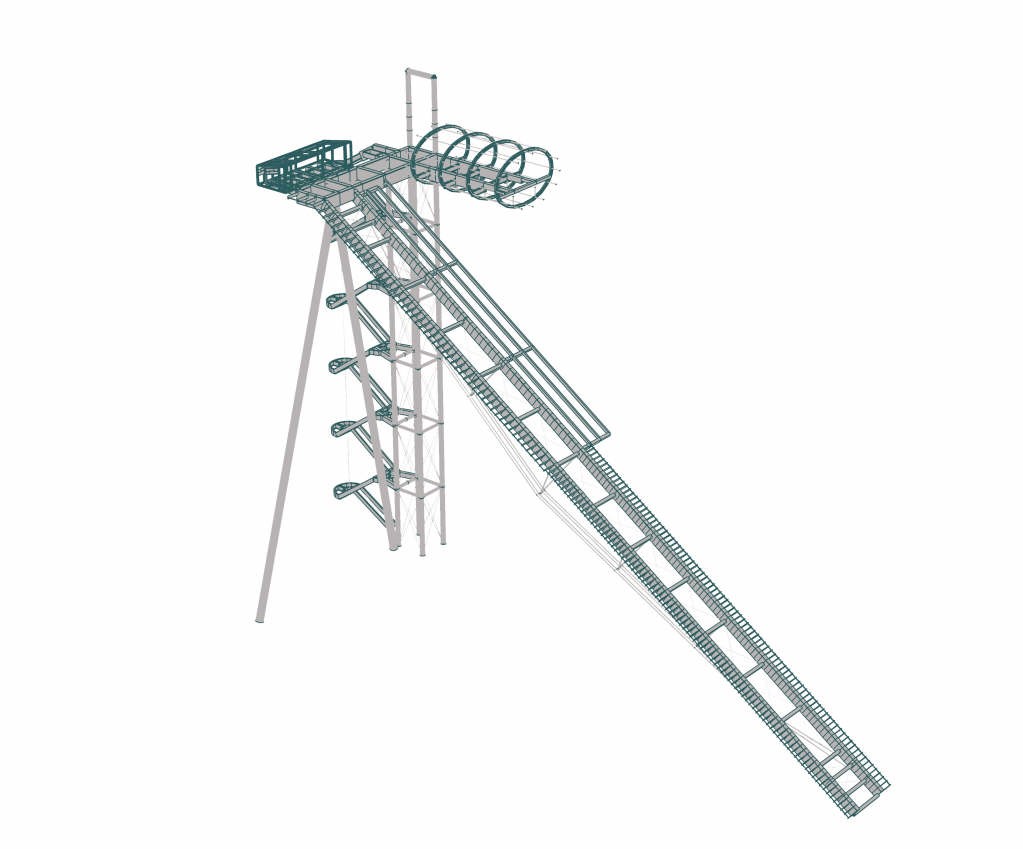 The principal parts of the project are: 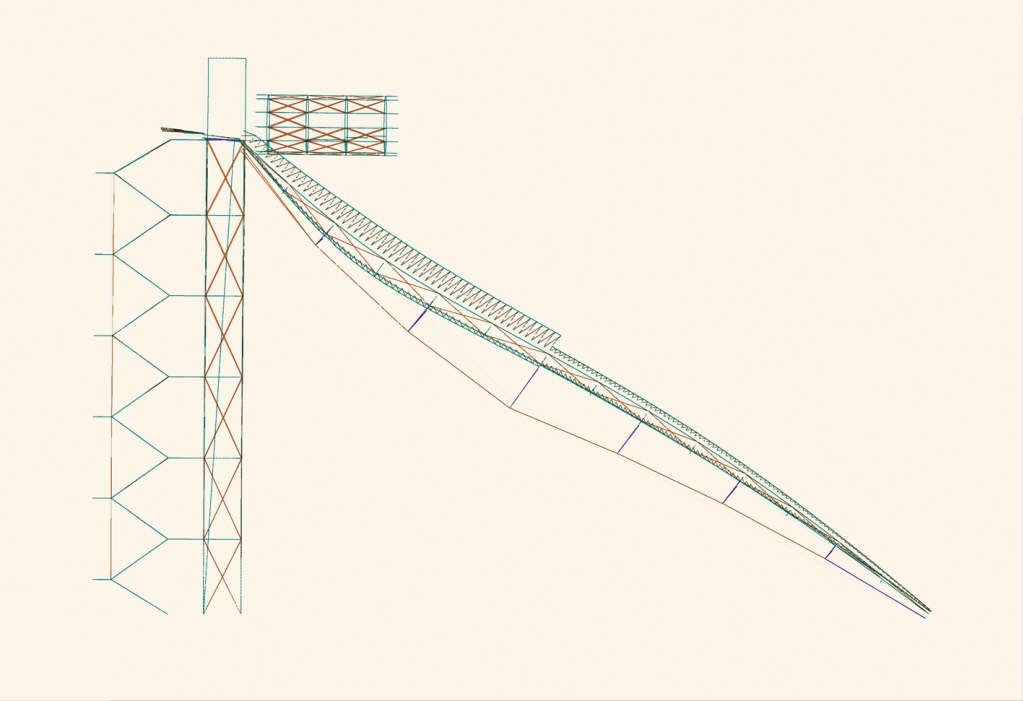 Because of its spatial complexity and expected large deformations, the ski-jump was analysed as a 3D framework model. Members subject to bending are represented as beams. Bracing elements in the tower, the in-run, and the capsule are represented as tensile bars. GSA was used to assess the stresses in the various elements and to calculate the buckling eigenvalue, associated buckling shape, and second order effects. The dynamic response was also checked to ensure acceptable vibration levels for those using the jump.

For the edge members of the trussed girder, GSA buckling analyses were performed to determine the most adverse combination of loads for stability. The critical combination comprised dead, imposed, snow, and ice loads, wind longitudinal to the in-run, and temperature. The modal displacements from the lowest mode are scaled so that the value w0 of the imperfect shape accords with DIN18800-2. This imperfect shape is used for a subsequent second-order analysis. 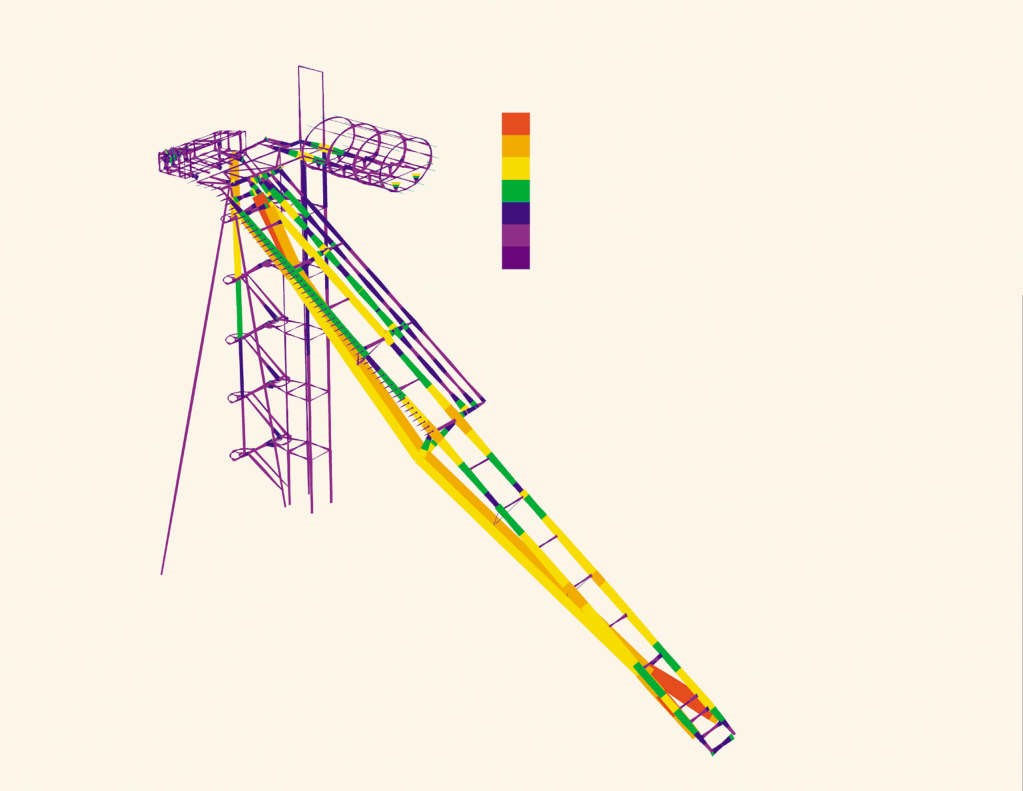 To determine the effects of vertical and horizontal vibrations, the modal shapes, frequencies, and masses were taken from the GSA modal dynamic analyses; the mass for these analyses comprised the dead load of the steel construction and finishes. To estimate the vibration, four 3-D numerical models were generated: (1) the entire jump construction; (2) the trussed in-run girder; (3) the tower stairs; (4) the projecting capsule.

The lowest vertical vibration frequencies for the trussed in-run girder and for the projecting capsule are below 3.5Hz. For these elements, the expected accelerations were calculated to estimate the effects on people on the jump. Similarly the lowest natural frequency of the horizontal vibrations amounted to about 1.4 Hz for the entire structure, which meant that these expected accelerations had to be calculated too.

This delicate plush steel structure, with its minimal intrusion on the landscape, constitutes a new development in the construction of ski jumps. It’s detailed design was achieved using the advanced analysis capabilities of GSA.