The Tower of Light is a 40-meter-tall cooling tower which supports and encloses five exhaust flues of a new Combined Heat and Power (CHP) energy centre located in Manchester city centre. The energy centre supplies several local buildings with low-carbon energy. As the energy centre is in the heart of a prominent city in the United Kingdom, there was a significant need to build a flue tower that was striking and architecturally interesting. Arup used Oasys GSA as the primary structural analysis package for this project. 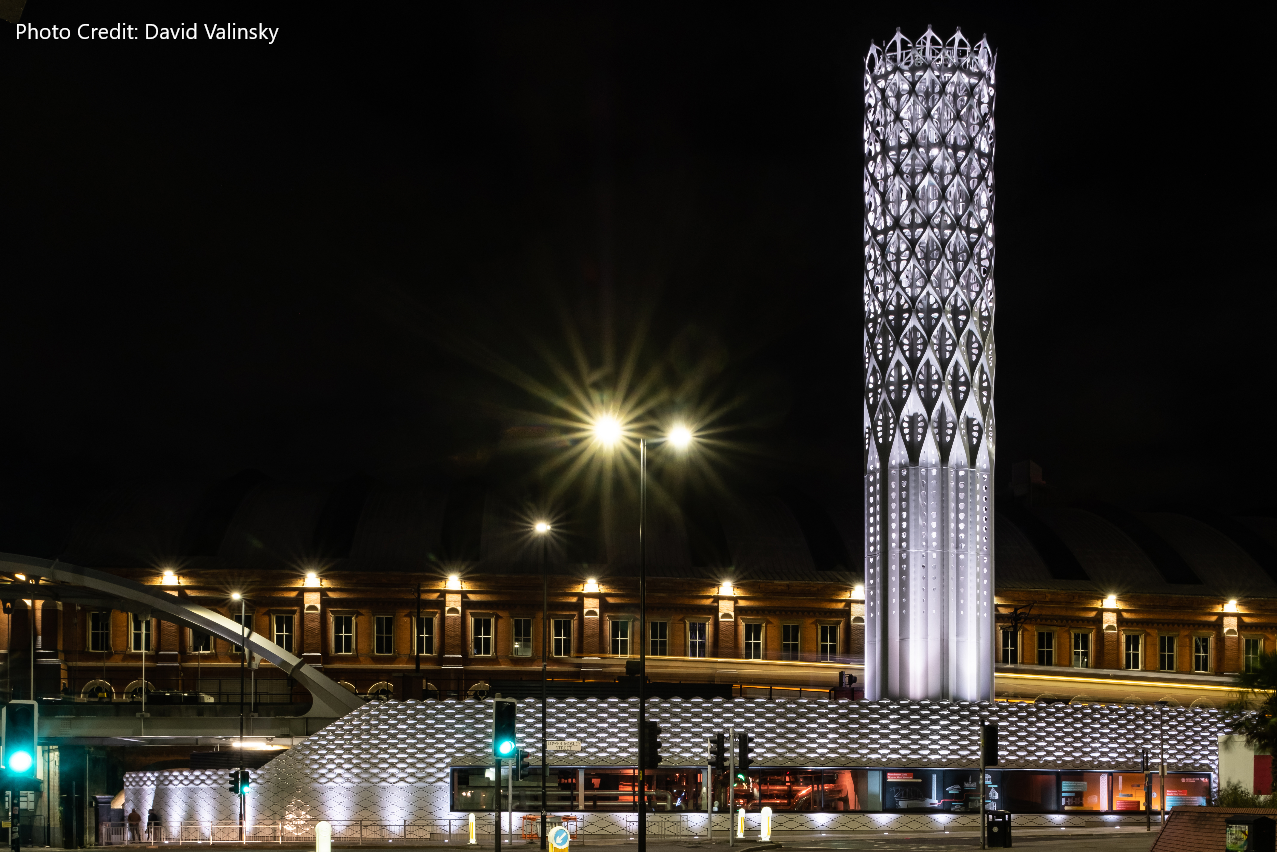 The tower perimeter shell is made up of 6-to 8-millimetre-thick laser-cut steel plates which have been curved and welded together to create a stiff, strong shell. This ensures that the structure will resist buckling without the need for any additional stiffeners. The perforation pattern of the shell has been optimised to reflect the flow of stresses in the structure, the perforations and folds make the tower less susceptible to dynamic responses to wind effects such as vortex shedding.

The stresses in the tower are channelled primarily through the outer seams of the shell, this flow follows a diagrid pattern through the curved part of the shell. The principal of the perforation pattern was to remove material at the locations of reduced stress away from the seams. The solidity of the tower reduces with height, as the forces of wind and gravity reduce. 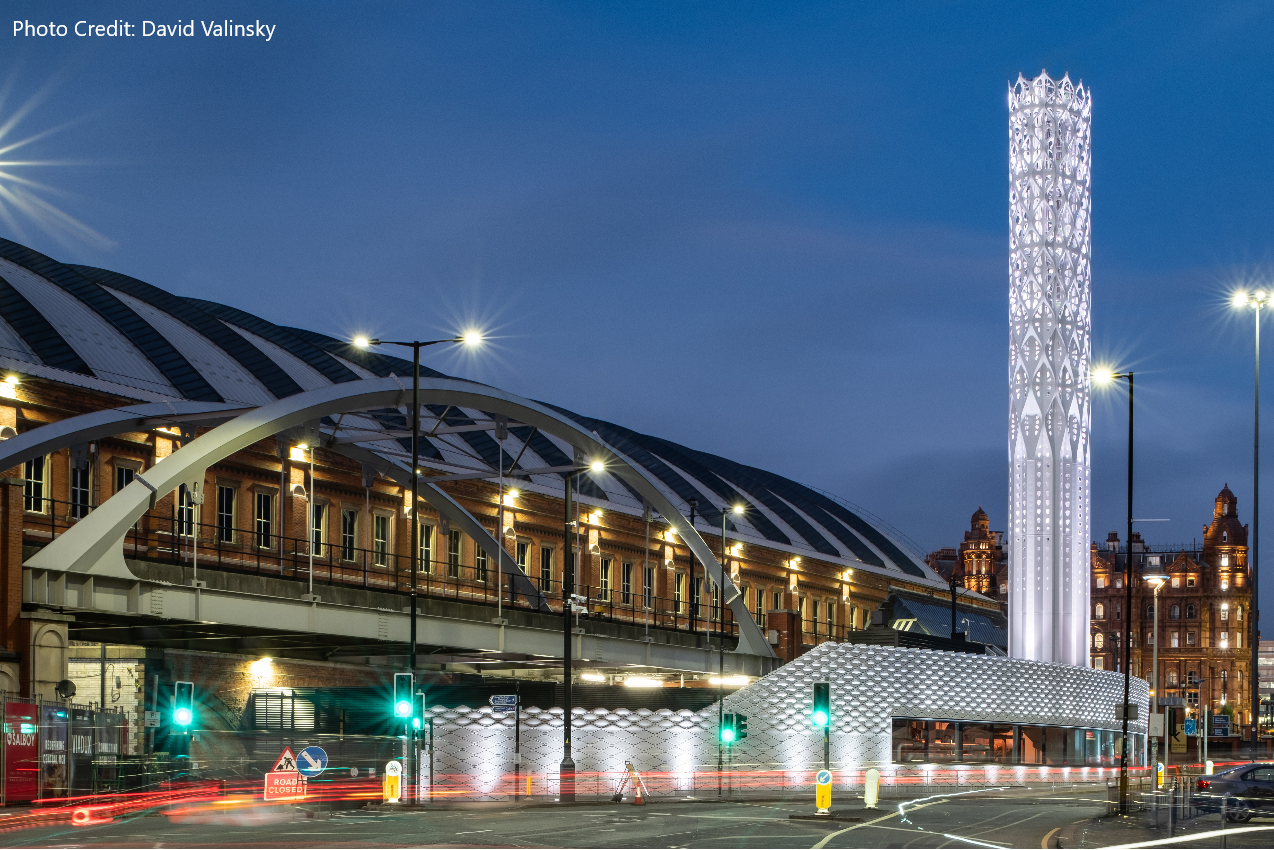 The design of this unique structure was multi-faceted, including parametric optimisation of the geometry, detailed buckling and dynamic assessments which facilitated careful development of the geometry. During the early stages of the design, the geometry of the shell corrugations and perforations was developed collaboratively between Arup and the architect with the help of digital workflows to identify a structurally optimal form. Parametric tools were used to generate and analyse several variations of the geometry in a timely manner, which allowed the design team to study the effect of changes in the form of the shell on its strength and stiffness characteristics.

One of the key challenges Arup engineers faced during the project was finding a robust approach for analysis of the complex shell geometry. During the initial stages of the project, it was necessary to generate multiple variations of the geometry to enable optimisation of the shell. In the following detailed design stages, highly detailed models were required to ensure that the structural performance of the tower was properly understood. 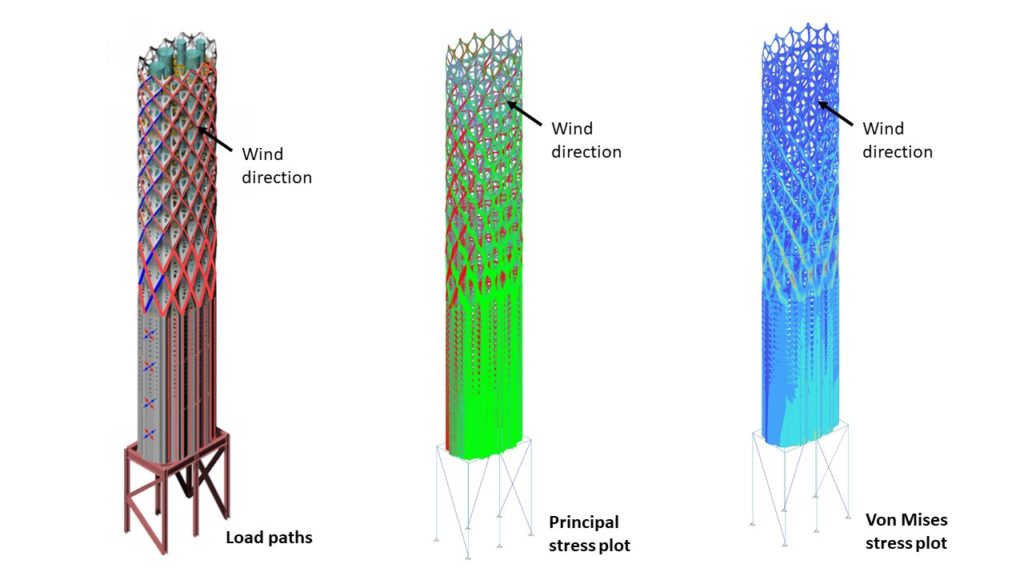 A detailed 3D finite element model was generated and analysed in GSA. The tower was represented using a shell element mesh, and all perforations were modelled explicitly. Given the unique nature of the structure, this was considered the only approach which could provide confidence in understanding the behaviour of the structure with sufficient accuracy.

During the initial stages of the project, scripts using the GSA API were used to quickly generate models with several variations of the shell geometry to enable quick optimisation of the structure. This approach saved significant time compared to building the models manually.

GSA was also used to calculate the dynamic characteristics of the structure, identify stress concentrations, and carry out detailed analysis of the module connections. 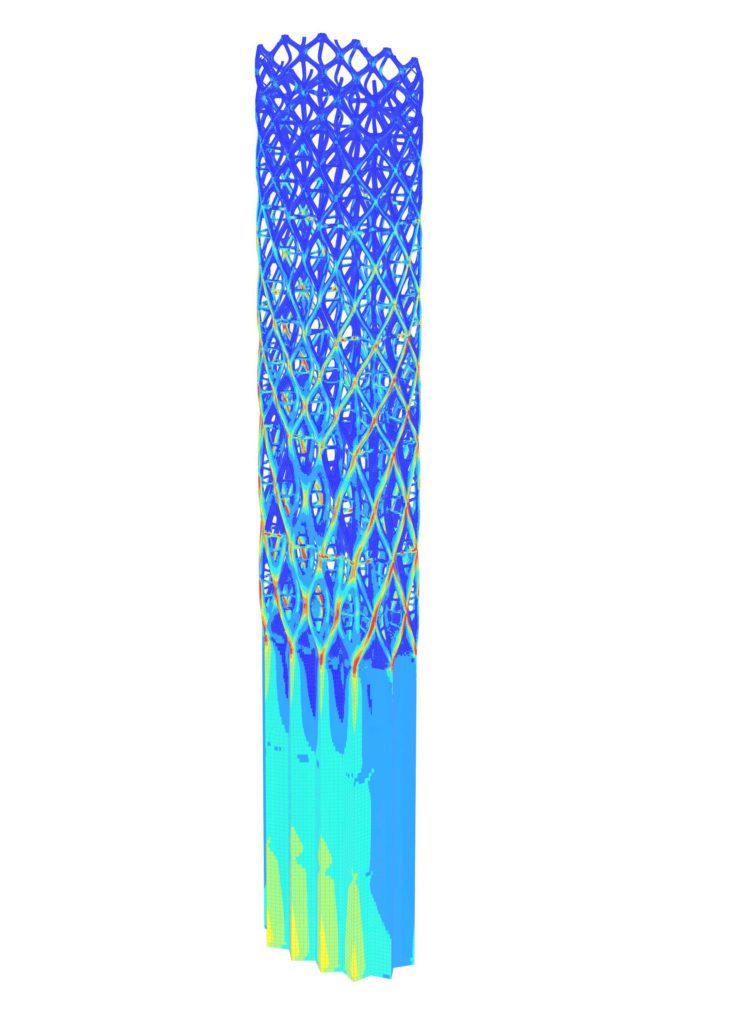 The structural performance of the tower was justified through a combination of detailed finite element analysis (FEA) models, simplified models and hand calculations. A detailed non-linear material model was used to verify the buckling capacity.

The Tower of Light is the result of a synthesis of architecture, engineering, and steel fabrication which has created a functional and iconic addition to the infrastructure of Manchester. This structure overcomes the barrier of scale and appearance as it transforms energy infrastructure into attractive architecture, thus enhancing the city centre in addition to providing low-carbon energy. 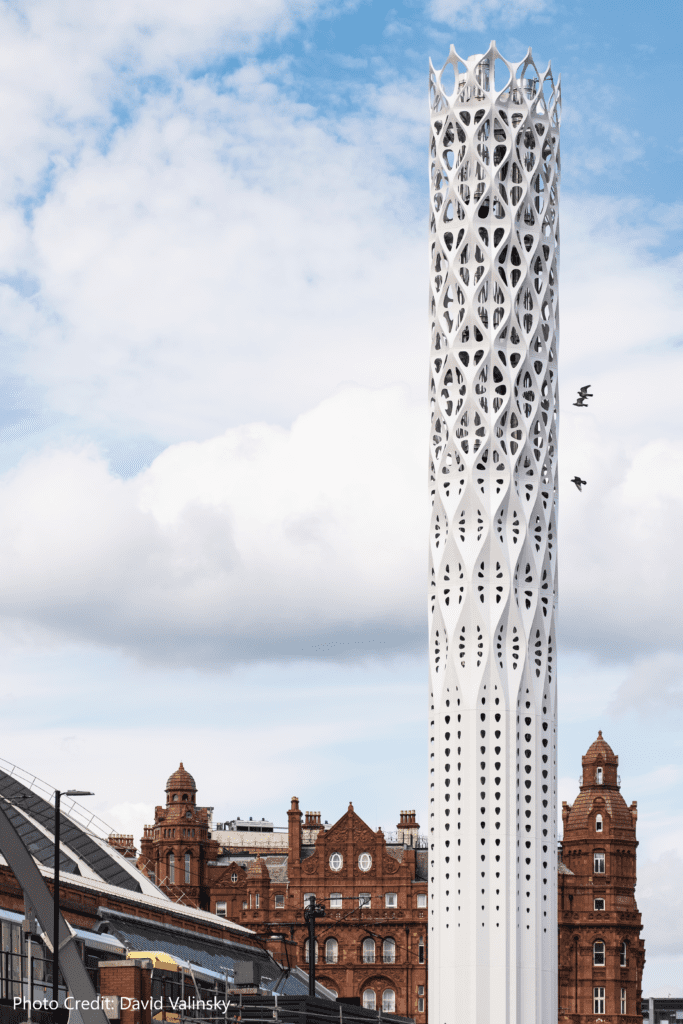 The realisation of this project would not have been possible without a highly flexible and legible structural analysis software, and GSA was the software of choice to meet these requirements.

This project was shortlisted for an award at the Structural Awards 2022.

Dalton Park is an outlet shopping development in Murton (County Durham, UK) with a total construction cost of approximately £20M that…