Bridges located in hilly terrains and resting on pile foundations are often subjected to significant scouring on account of fast flowing river water. Such phenomenon can be detrimental as they lower the lateral carrying capacity of the piles due to the removal of soil support. Based on the permissible deflection of the pile at its cut-off level, this article reports the estimation of lateral load capacity of a single free-headed pile embedded in stratified deposit.

Oasys Alp has been used to carry out the analysis. Extreme scouring depths (in the tune of 5-7 m has been accounted) portray vivid degradation of the lateral load capacity of pile (in the tune of 20 – 40%). 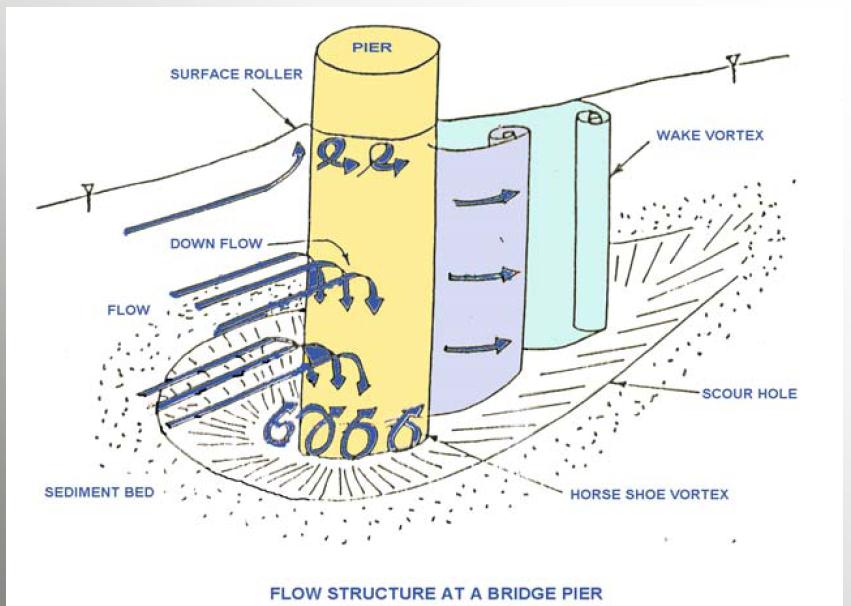 Oasys Alp was used to carry out the lateral load capacity analysis of a single vertical pile embedded in stratified deposit. 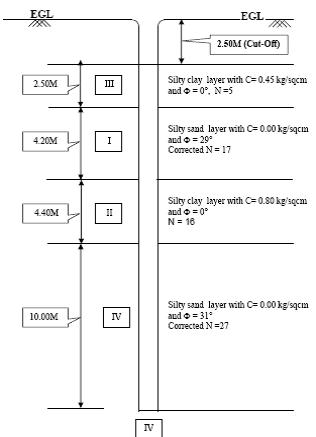 The software considers the presence of water table, and also determines the flexural response of the pile through automatic load increment to reach the failure load in progressive steps. Alp also considers the passive resistance of the soil and indicates when the passive resistance of the soil is exceeded. To carry out the analysis, the pile has been discretized into nodes with a uniform spacing of 0.5 m. Required refinements were made in the intersection with the water table and soil strata interface. A typical Alp output is shown below: 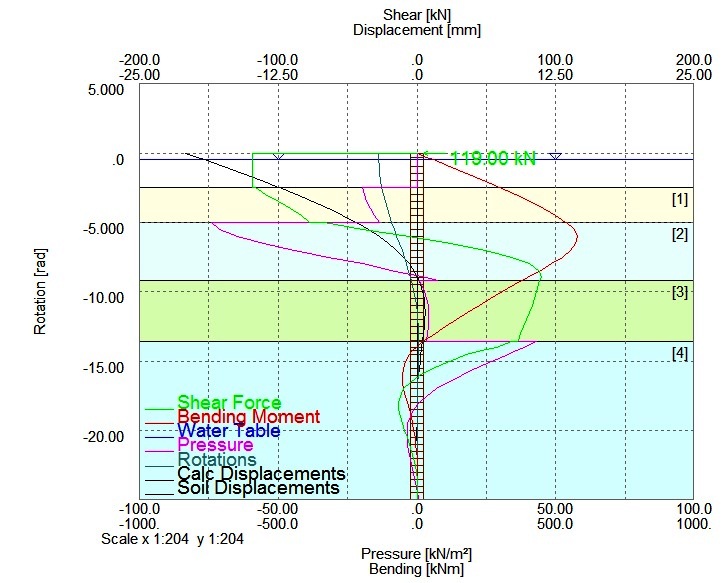 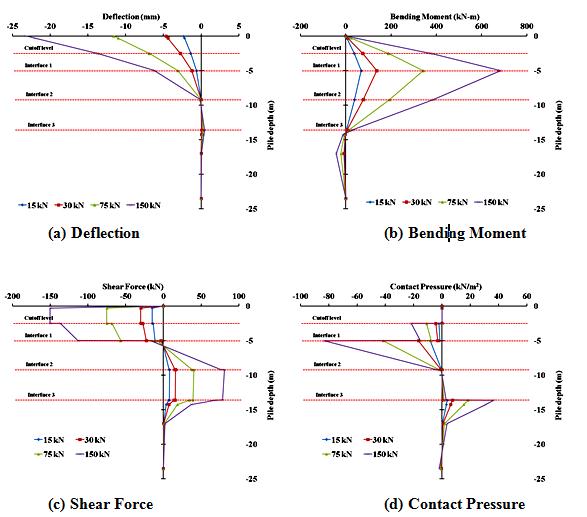 From the above observation, considering the deflection criterion as 10% of the pile diameter at cut-off level, the lateral load capacity of the pile has been estimated. The following figure depicts the lateral load capacity as estimated from the Oasys Alp software. It can be observed from the plots that the load-deflection curves reveal nonlinear behaviour for higher diameter piles. 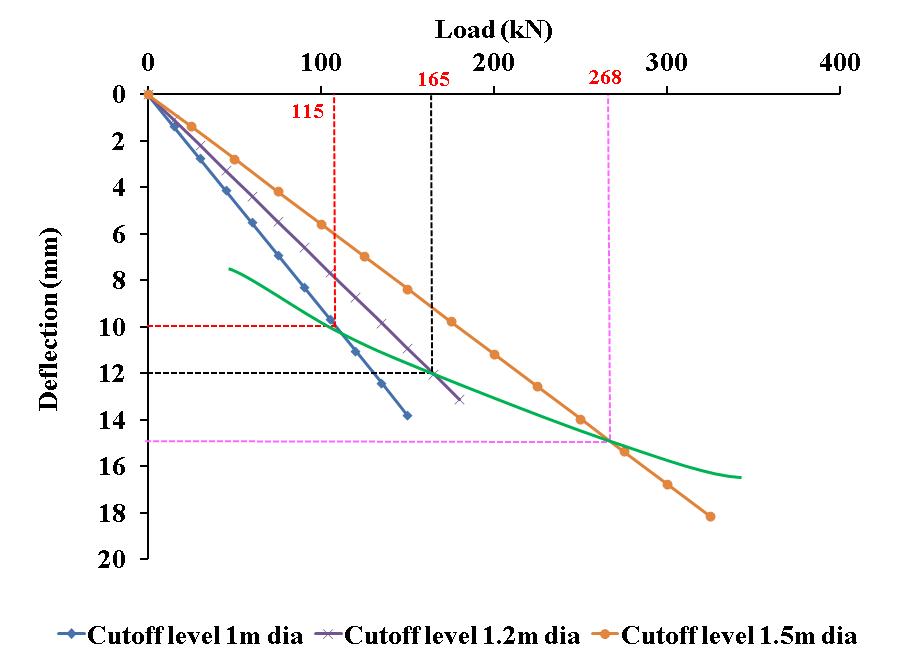 The researchers in IIT go on to show the P-Y curves that are generated at the top and bottom of each soil layer. It is noticeable that the clayey layers (which are more plastic than the sandy layers) show more non-linear behaviour, and reach the plastic limit condition. The sandy layers show mostly bilinear behaviour and, as indicated in the figure, need to be subjected to large load values to reach their ultimate state. Hence, the linear/nonlinear flexural behaviour of the pile will be governed by the thickness and location of the clayey or sandy stratum. 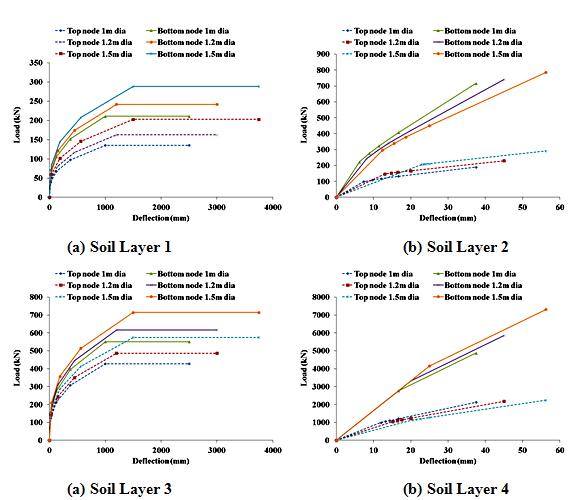 Based on the study, the following important conclusions can be stated:

Indian Institute of Technology (IIT), Bombay, have used Oasys Slope to carry out a study on the influence of soil…