The Arup design team assessed the impact on utilities due to ground movements from a major infrastructure project. Their innovative solution showed the synergy that can be created by combining Oasys Xdisp and Pdisp for a comprehensive analysis of major projects.

A semi-automatic process was achieved using Feature Manipulation Engine (FME) software by Safe to save processing time. This automatic procedure reduced human error when dealing with a large number of assets. This also provided a tool to simplify iterative analysis – saving time and money.

The stakeholders for this project included the various utilities providers, each with unique criteria and a variety of asset dimensions to be assessed. Ground movements generated by three phases of works (demolition of buildings, installation of temporary and permanent retaining walls, excavation behind the walls and for tunnelling) were calculated using a combination of Oasys Pdisp and Xdisp. Displacements were calculated for each phase and imported into the analysis for the subsequent phase, for the utility assessment to be undertaken. 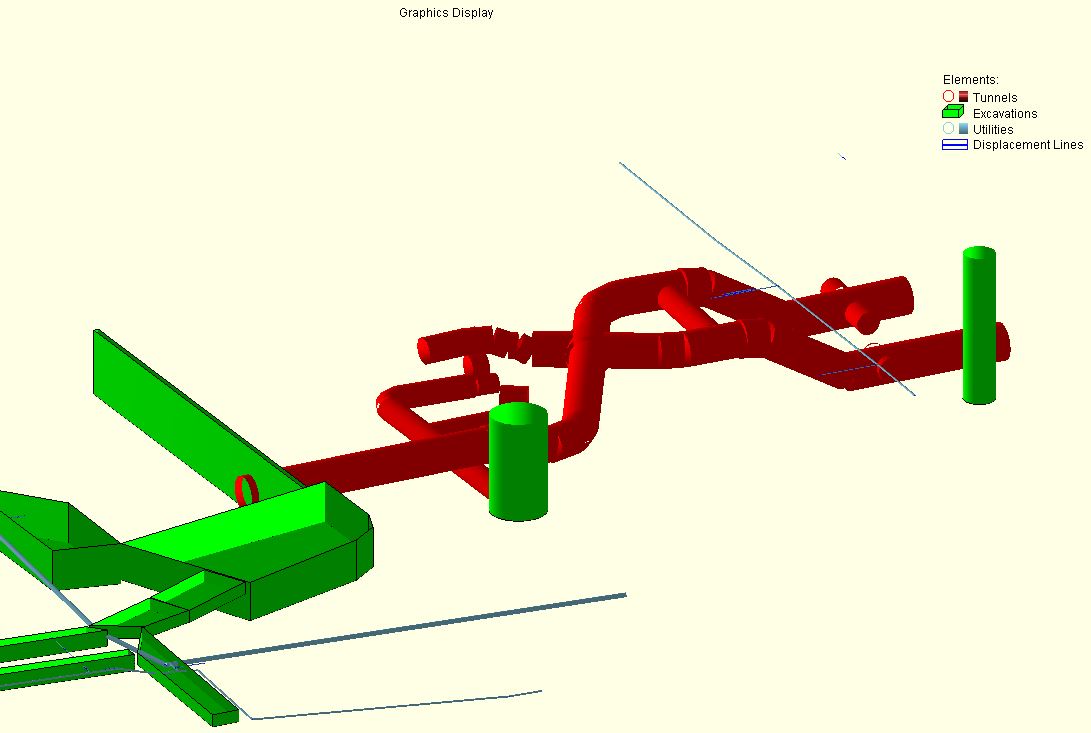 More than 600 assets were identified to be within the zone of influence of the works and potentially at risk of being impacted. Asset information provided in Geographic Information System (GIS) format included the position of the asset (geo-referenced), type of asset (jointed or continuous), dimension and type of material in order to identify the limiting criteria to be applied. Using Safe’s FME software, potential failure modes were identified and the data was processed to obtain compatible inputs for Oasys Pdisp and Xdisp. 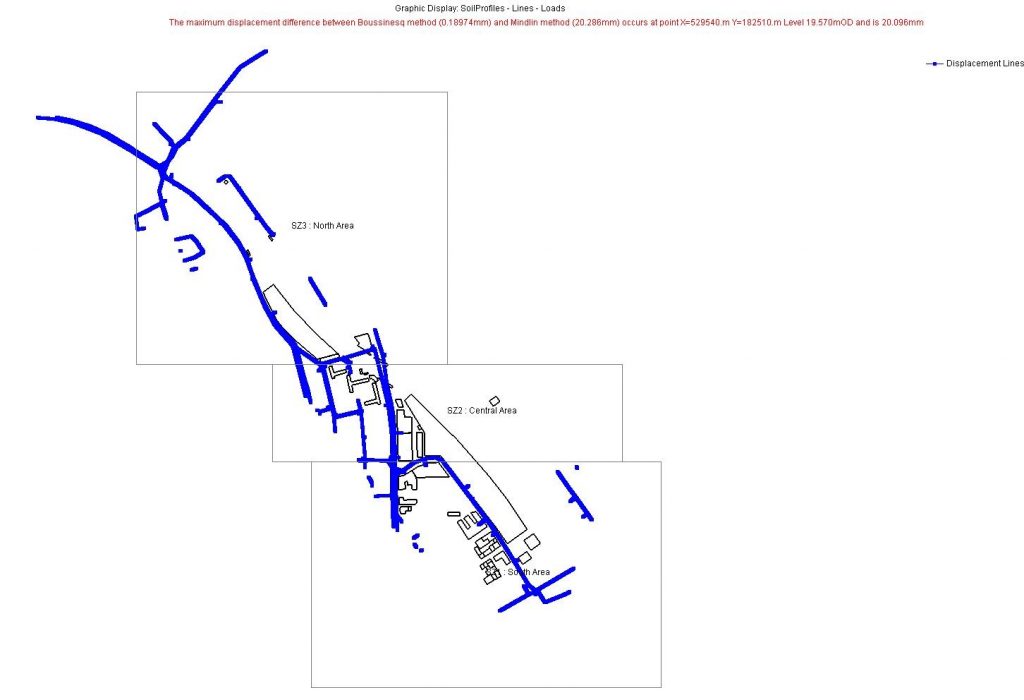 The results of each phase were post-processed and different graphs along the asset chainage were produced to show axial and flexural strains, combined tensile and compressive strains, and the displacements along and perpendicular to the line of the utility. The results were mapped back into the GIS files in order to generate drawings to depict the results of the assessment.

The Oasys Xdisp model of the proposed works included polygonal and circular excavations with several ground movement curves (installation and excavation effects) and tunnels with varying volume losses. The Xdisp models were used in combination with the Oasys Pdisp soil displacement model (for the demolition stage of the project) to calculate displacements for the lines originally provided in GIS.

Extensive displacement grids were also used in Pdisp and Xdisp to obtain vertical ground movement contours for each of the phases.