The Structural Engineer: Project Focus - The structural engineering of the Leadenhall Building 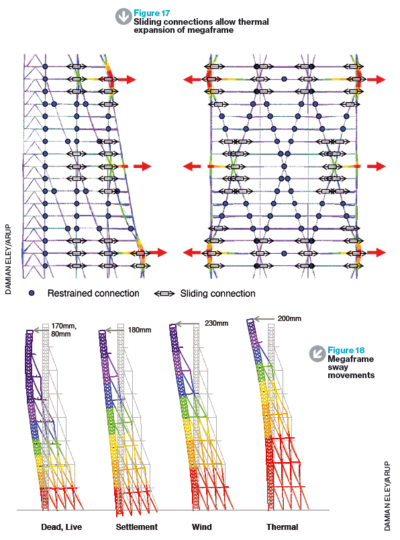 The project began in July 2001 when the then Richard Rogers Partnership (now Rogers Stirk Harbour + Partners) and Arup won a limited competition to develop the site of the 14-storey 1960s P&O building at 122 Leadenhall Street for British Land. Construction was stalled in 2009 due to the recession with the existing building on the site demolished and the foundation phase completed. The remaining work was tendered in 2011 and then completed in July 2014.

Nicknamed “The Cheesegrater” because of its distinctive wedge shape, is the fourth-tallest building in the United Kingdom at 225 metres (738 ft).

For a full in-detail study of the project, we recommend reading the article in Volume 96 (2018) > Issue 4 of the Structural Engineer magazine, the article is free to read for a limited time then it will be hidden behind a paywall.

Oasys GSA helped with the effects of temperatures within the megaframe and structure movements during construction. Read more below.

The effects of temperature had to be considered in the design of the megaframe, the north core, and the galleria floors. The horizontal beams of the megaframe expand and contract by up to 13mm as the temperature changes. In addition to the movements of the structure under temperature and wind, the analysis predicted a significant permanent lean to the north during construction. The strategy employed to counter the sideways lean under gravity loading was called Active Alignment. 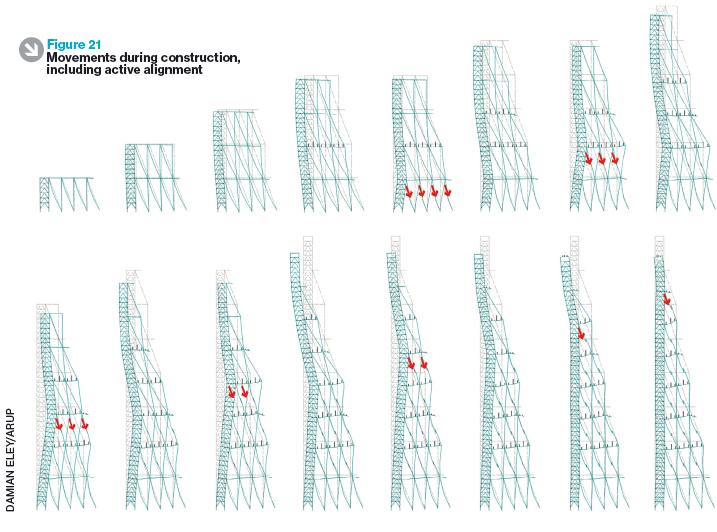 To inform the understanding of the structural behaviour of honeycomb reciprocally supported element (RSE) lattice domes, the University of West…

Inspired by a recent Arup Thoughts article about a radical minimum weight joint, and making use of some online references (Huang…

Spain based engineering solutions company, Simulsoft, join Oasys’ growing reseller collaborations and they will be promoting our pedestrian simulation, structural and…