Every year, millions of Muslims visit Mecca in Saudi Arabia to perform a religious pilgrimage, which is one of the largest, most culturally and geographically diverse mass gatherings in the world. Modelling the Hajj is perhaps the ultimate proof of MassMotion’s scalability.

When the pilgrims arrive at the Holy Grand Mosque of Mecca, they each make seven circumambulations (Tawaf) around the Kaaba (“The Cube”), in a counter-clockwise direction.

In addition to Tawaf movement which is the main movement pattern, there are many rituals that are performed by visitors creating very complex movement patterns. Some visitors kiss the black stone located in the south-east corner of Kaaba, some others stand below Kaaba golden door, while others pray first raw to Kaaba. Some enter Hijr Ismail, a small area north-west of the Kaaba with a low semi-circular wall, for private praying.

Entering or exiting Hijr-Ismail can be very difficult during a crowded Tawaf, so effective and efficient crowd management is critical.

MassMotion software analysed and measured the density around the Kaaba to identify the critical areas. The analysis helped the team to calculate the total time needed to complete the Tawaf in very crowded and less crowded situations. The MassMotion analysis provided insight on how crowd movement would be affected if new constructions were added in the area.

The simulation model will be used later in a bigger research project to analyse and evaluate proposals to mitigate movement problems around Kaaba. 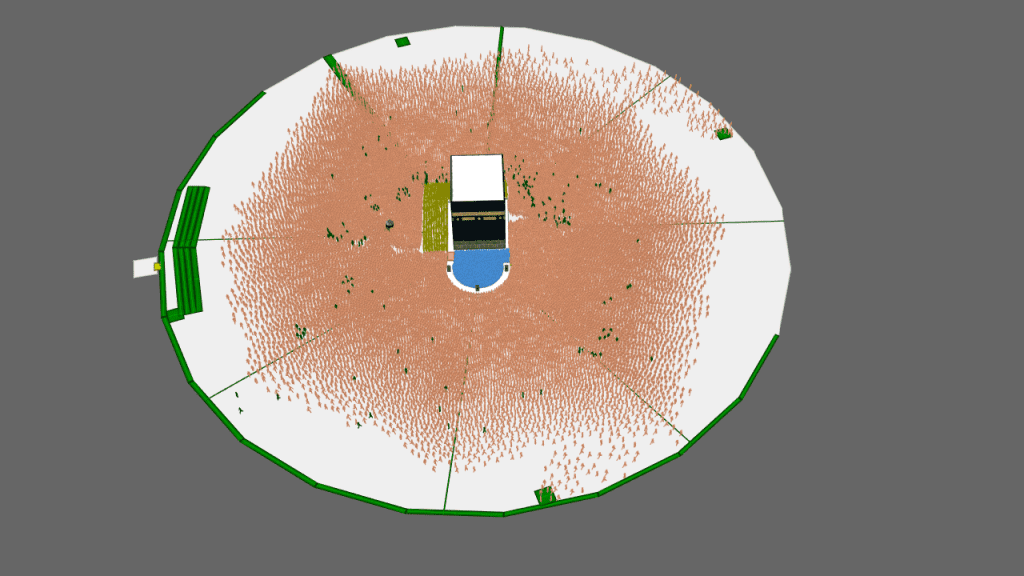 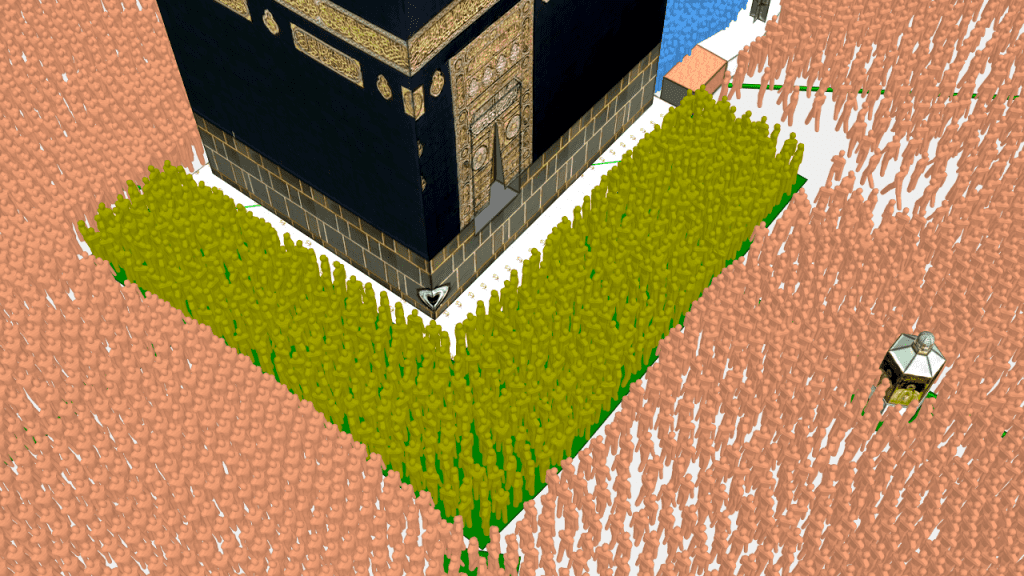 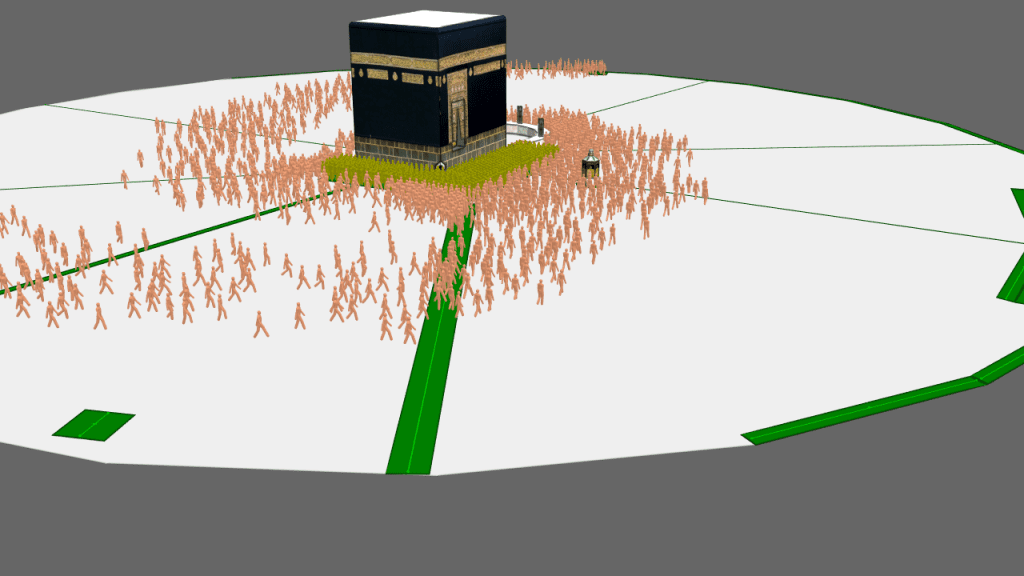 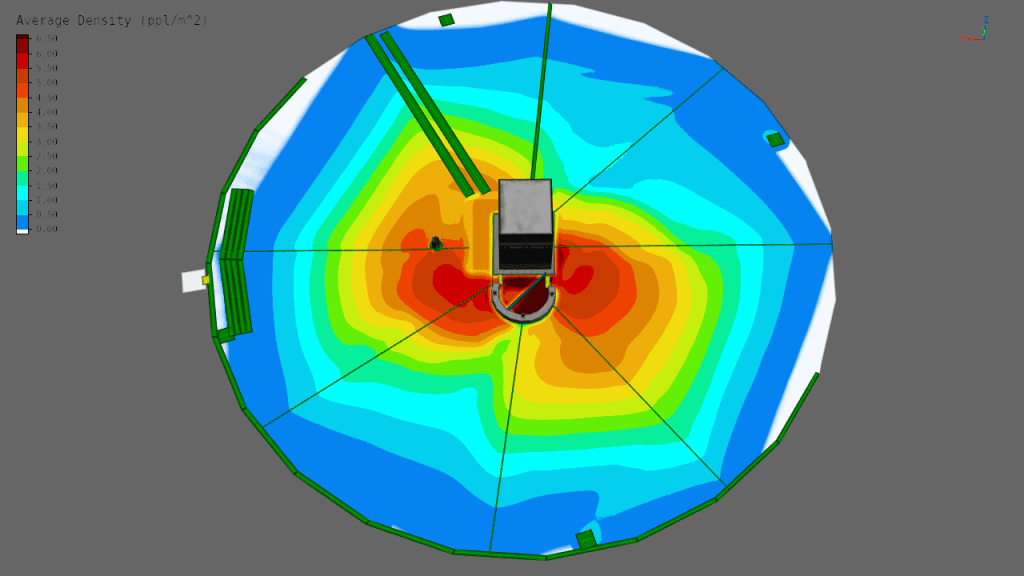 MassMotion average density – the red represents a crowd of up to 6.50 people per m^2

This new terminal at JFK International Airport in New York is a model for passenger comfort and efficiency. During the design phase JetBlue was…

HOK creates exceptional environments that meet clients’ complex design challenges and relies on the most advanced software to do so. In 2009,…

With over half of all British construction-related businesses employing less than 20 staff (Office for National Statistics, 2015) projects typically…